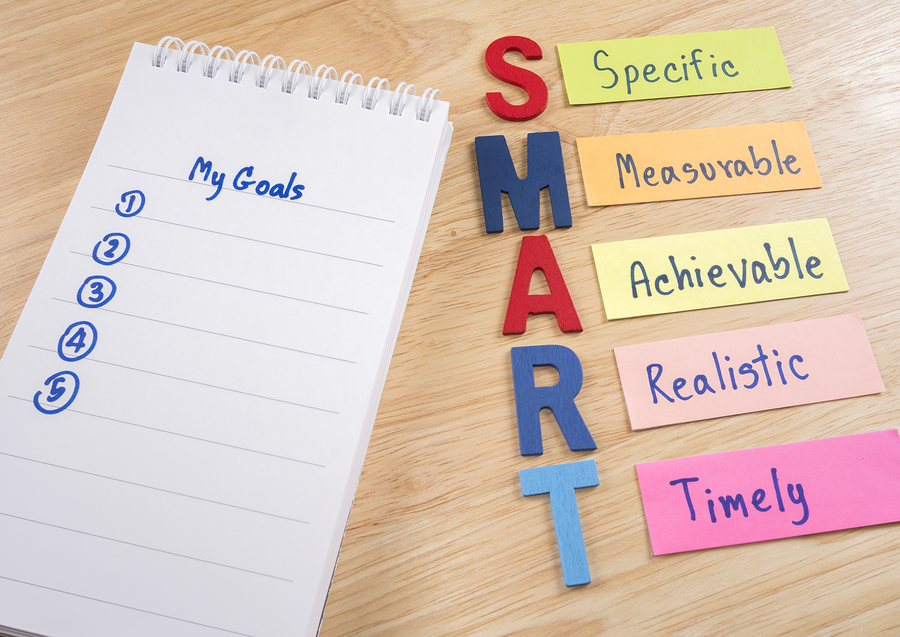 What Does SMART Stand For?

Goals are a great way to keep a group of people motivated and focused on a specific outcome. Without having a goal in mind, it is easy to get lost in the day to day bustle of life and never really make any progress. Managers should set goals for their teams to ensure that they are working in the same direction and that all members have a clear vision of the desired outcomes of the project.

Setting goals for a team is not necessarily as easy as it seems. You need to set goals that are in line with the abilities of your team members, and within the scope of the project and the business. Goals that don’t make sense or are unrealistic will become more of a point of frustration than motivation. Having the skill to set proper goals for a team of employees is one of the hallmarks of a good manager.

In learning to set goals as a manager, try using the SMART system to evaluate the goals you have set and adjust them as necessary. So, what does SMART stand for? SMART stands for –

Let’s take a closer look at each of these points and see why they are all vital to successful goal setting in a management environment.

One of the most common mistakes that is made when goal setting is being too broad in scope. Consider the example of a team of sales people in a department store. A bad goal would be to ‘Sell as much product as possible this month’. While that is obviously the idea of having a store, it isn’t specific enough to keep the team focus and motivated. A much better goal would be ‘Sell 25% more product than this month last year’. That goal gives the team a specific number to look at and will help keep them on track for success.

Just as with the example above, measurable goals are better than ambiguous ones. If we were to continue that scenario, the manager could lay out a specific dollar amount of sales that is needed on a daily basis to achieve success at the end of the month. It is easy to measure total dollars of sales each day, so the team would have no trouble following along with how they are doing and could make adjustments along the way if the numbers are falling short.

Another of the common pitfalls that catch managers when setting goals is aiming too high. For instance, saying that our goal is to ‘increase sales 300% over the same month last year’ is probably an unattainable goal. Rather than motivating the team, a goal like this will discourage them right from the start. The manager needs to be able to assess the current state of the business environment and settle on a goal that straddles the line between optimistic and impossible.

This goes along with the previous point regarding goals being attainable. Realistic goals will be believable to the team members as they set about their work. For the manager to have and keep credibility with the team, he or she must set realistic goals on a consistent basis. The employees will quickly tune out the manager’s goal setting if they are always being told to reach for plateaus that are not going to be achieved no matter what effort is put into the project.

Having goals that are too long in scope is a common mistake that ends with the team losing track of the goal altogether. A proper goal will be long enough so as to have time to play out, but not so long that it is forgotten about. In the sales example above, a month seems to be an appropriate amount of time. If that were changed to six months, for example, the team would very likely stop caring about the goal at some point and it would just fade away.

Goals can be a valuable motivating and focusing tool when implemented in the proper manner. A good manager will use the SMART system to craft goals that the team can grab on to and really strive to conquer. By making sure that all five points in this system are covered within any goal that is set, the manager will be well on the way to a successful team endeavor.

SMART Goals Template
This template will enable you to test the goals you have been set or have given yourself against the five criteria of the SMART method.
PDF & Doc

Goal Setting eBook
This eBook explains how to use the theory of goal setting to set practical targets for you and your team members.
ISBN 978-1-62620-980-0 (32 Pages) PDF, Kindle & ePub