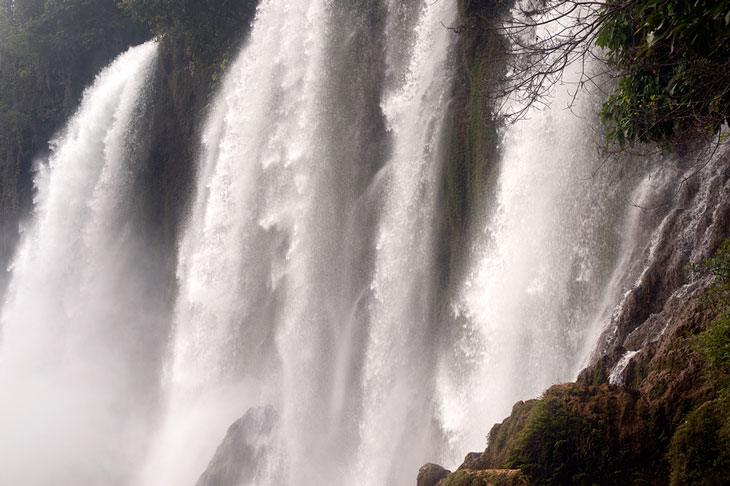 As the name would indicate, the Waterfall Model is a method of software development in which the progress flows from the top to the bottom. This is a sequential project management method that lends itself nicely to orderly management and delegation of tasks. Because of the straight-line approach to development, each department or individual within the process can pass the project down the line when their role in the development is complete.

While there are some drawbacks to using the Waterfall Model, it can provide a basic framework for the task of software development. As the model has been around for some time, there have been a number of different iterations created through the years. However, the following seven phases are seen in many of the various approaches to this model.

Getting started toward creating a new software begins by outlining exactly what will be required by the end product. What is it supposed to do? What problem is it supposed to solve? These are questions that will likely be asked during this first scoping phase. Software is only useful when it serves the purpose that it was designed for – therefore, it is crucial to get the first phase exactly right. Once resources begin to be used on the development of the software itself, it will be costly to turn back and make changes to the initial requirements.

With the requirements for the software sorted out, the next step is to design the basic architecture that will be used. This is done on a higher-level than the actual coding, which will come later. Think of this step as building a framework that will then be filled in with the details when the program is actually created. Of course, since each subsequent step builds on the previous one, they are all vitally important for the project to be a success in the end. If the project requirements were not properly thought out and identified, it will be impossible to correctly design the software at this stage. Getting one element right before moving on to the next is a key within the Waterfall Model.

This is the phase where the software begins to come to life. With a properly created design in hand, the project team can get down to the business of coding what will eventually become the software. At the end of this phase, there should be a working piece of software that is doing what was outlined during the requirements phase. It is important to note that the software will likely not be perfect at this point, and bugs and other issues may still exist. However, it should be functional and generally in line with the design before it is moved on to the next step within the model.

Now that the software is functional, it can be integrated into the system that it is intended to be used with. This integration will not be on a wide-scale or permanent basis – rather, it will be done for the purposes of testing and refining until the software is deemed ready to go. Integration is a key step along the way because it needs to be seen how the new software will work together with any existing software that you may have in place. Most new software isn’t designed to stand alone, but instead to work as part of a bigger overall process. Therefore, only if the software is able to be integrated successfully as it was designed will it be able to prove successful down the road.

This is one of the most-commonly associated steps with software development. Once integrated into the system, testing can begin. Almost certainly there will be problems that come up which need to be identified and corrected. The testing and debugging process can be quite lengthy depending on the size of the project at hand, but it is completely necessary if you are going to reach a successful outcome to this project. All potential problems need to be dealt with now before the software is rolled out on a large scale and correcting issues becomes far more costly and time consuming. While testing and debugging will always be necessary, the process can usually go easier when the project team has done a good job of designing the framework of the software earlier in the development.

Once testing and debugging has been satisfactorily completed, the software will be ready to install on a large scale. If it is a software that is going to be used company-wide, for example, it can be rolled out to all of the various departments in the organization in a timely manner. At this point, there will inevitably be some training and education required in order to get everyone on the same page in terms of using the new software. However, if the software has been well-designed, the transition should be relatively quick.

Even if the debugging process has been thoroughly completed, there are still going to be maintenance requirements that come up along the way. In order for the new software to live up to its potential – and for it to achieve what it was designed to do – it will need to be properly maintained and supported. Just like anything else in business, software should be seen as an ever-changing product that needs to be monitored and continually improved to be of value to the organization. Any software that is installed and then ignored will quickly become a burden to the company rather than a benefit.

There is no doubt that the Waterfall Model has its limitations as it is relatively simplistic in nature. However, when getting started on a software development project, it does provide a nice framework on which to start thinking about the process. Most likely the model will need to be adapted and tweaked in order to fit exactly what you are trying to accomplish, but using this model as a starting point can quickly get you pointed in the right direction.