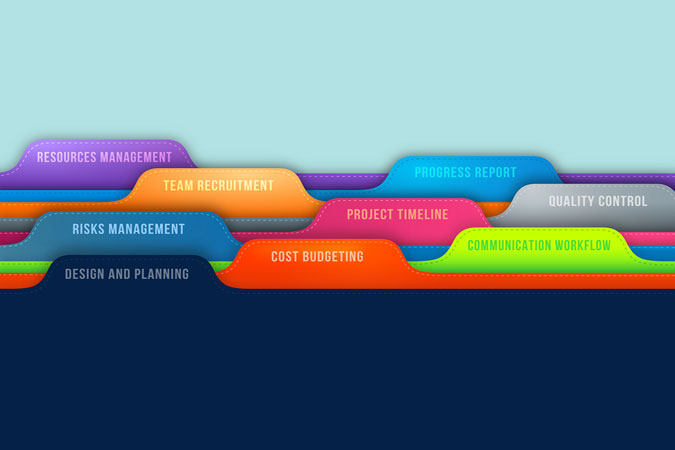 The systems development life cycle is a term used in project management and software engineering to describe a process for planning, creating, testing, and deploying an information system. When you think about starting a new project within your organization, your mind might first think about product development and creating a new physical good that can be taken to the market. While that is certainly one kind of project, there are many others. For example, developing an information system is another kind of project, and one where the Systems Development Life Cycle could potentially be used. Any project manager who may be asked to lead a lead that is developing an information system would be wise to make themselves familiar with the Systems Development Life Cycle, or SDLC.

Just like most other project management methods, the SDLC process cover the entire course of a project from start to finish. Each of the steps along the way builds upon the previous one, until the project is successfully completed. It is not only important for a project manager to understand the individual steps that make up the process, but also their progression to ensure that all of the work is done in the correct order.

The first step in using the SDLC process as part of a project to develop a new information system is to evaluate the current system that is in use. Unless the project is to create a brand-new system that is nothing like anything currently available, it is best to review the current system to highlight the strengths and weaknesses that it offers. This approach gives the project team the opportunity understand what problems it is that they are trying to solve. After all, it would be a waste of time and money to produce a new system that had the same flaws as the old one. Objective analysis of the currently used system is vital to charting the proper course to take with the upcoming project.

Once that analysis is completed, a list of requirements for the new system can be created. This list should usually be a direct reflection of the problems that were found when reviewing the system that is currently in use. Those problems should be specifically addressed at this point, along with ideas as to how they can be corrected and improved in the new system. Also, if the current system has some specific strengths that the project team wishes to retain, those should be pointed out as well. When great detail is put into the creation of system requirements, the end product will be more likely to serve the needs of the organization successfully.

Bringing it to Life

With all of the planning out of the way, it is time to move on to the actual designing of the new system. This is typically where the project manager will hand over instruction to his or her project team and let them do what they do best. As long as the project team has the necessary skills and experiences to get the job done, they should be able to use the list of requirements that were created earlier in order to guide their progress. In most cases, the project manager will take on a supervisory role at this point to ensure that deadlines are being met, problems are being solved quickly, and the project on a whole is staying on track.

After the design of the system has been completed and is consider complete, the next step is for the system to be developed by having it installed and thoroughly tested. Within an organization, this usually means having it be used by the people whom it was intended for in the first place. This is when any weaknesses or problems can be discovered and corrected. The development stage is crucial because in many ways it represents the transition from a concept that is being designed to an actual product being used for a specific purpose. Making sure that the system is more than just a good idea, and that it actually works for the purpose it was intended, is one of the most important stages in the entire process.

Now that testing has been completed and the system is working to the best of its ability, the time will come to implement it fully let it do what it was designed to do. Depending on the specifics of the system and how it is meant to work within the organization, the new system could replace the old all at once, or there could be some kind of phase-in schedule developed. This decision should be made in a way that minimizes the interruption of employees trying to do their jobs, while still getting the new system in place in a timely manner. Each individual organization will have to chart out the plan for implementation based on their own needs and schedules.

The Systems Development Life Cycle is not complete once the new system has been deployed, however. Once it is in use, the new system should continue to be monitored and tested to make sure that it is having the intended effect on the organization as a whole. Most likely, there will be at least slight modifications that need to be made to the system along the way in response to feedback from users. Even the best systems usually require modifications, so this should be an expected and necessary part of the process.

For a project manager tasked with leading the development of a new system, the Systems Development Life Cycle is a helpful model to get that project on track and headed toward a successful conclusion. Each of the steps along the way is important in its own right, and all of them combined together can lead the organization toward the development of a new system that stands to improve operations in some way. Regardless of what the system is intended to do, getting it right is a matter of paying attention to all the details along the way and making sure that the new system is an improvement over the old one in every way possible.