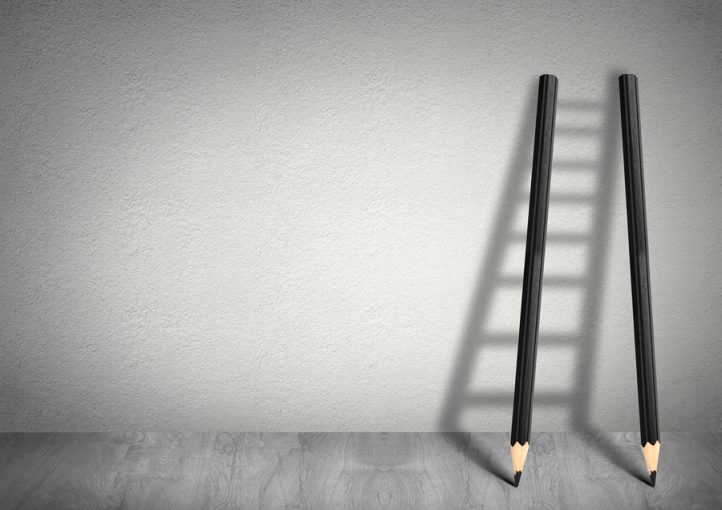 As someone who is charged with leading your organization into the future, you already know that you have plenty of decisions to make on a daily basis. It is the basic function of an owner or manager to make decisions on a regular basis, and it is the outcomes of those decisions that are going to chart the path that the organization takes in the future. Good decisions usually lead to good outcomes, and poor decisions lead to trouble. It’s just that simple.

If you would like to make the best possible decisions for your company going forward, you are going to need to have a variety of decision making models available to you. One such model is known as the Stepladder Technique. This technique is interesting in that is combines elements of both team and individual decision making into a tool that is able to get the best from everyone involved. 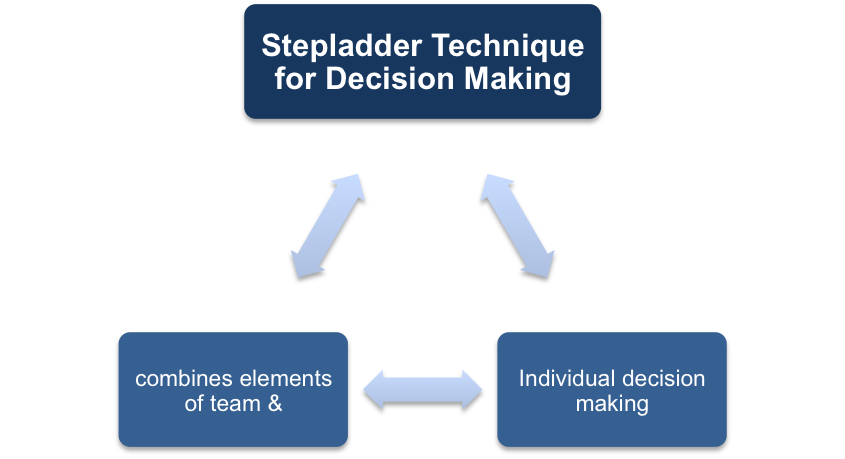 The next time you have a decision to be made which requires input from a number of different team members, you will want to think carefully about using this model.

The idea behind the Stepladder Technique is the fact that there are inevitably going to be a variety of personalities within your team – and some of those personalities will be ‘louder’ than others. In other words, some team members are going to be aggressive in making sure their opinions are heard, while others will take a passive approach. In order to hear everyone’s opinion equally, you need to make sure that all have a chance to present their thoughts in a way that isn’t intimidating or overwhelming. 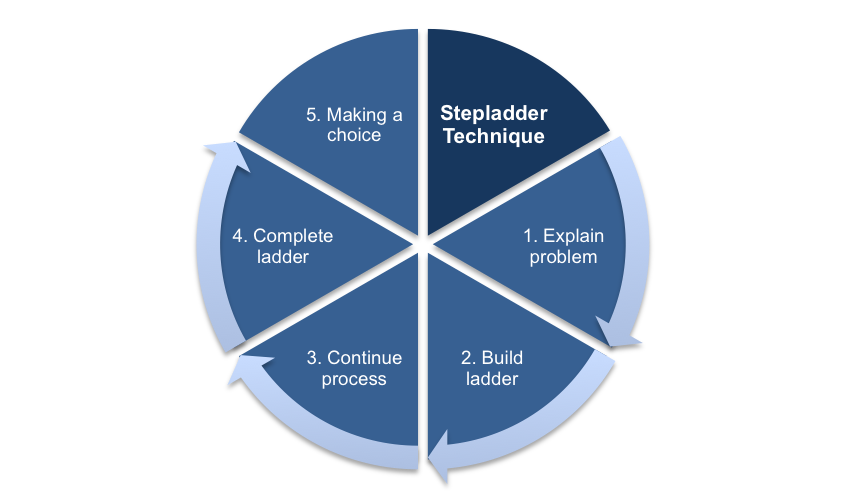 In order to use the Stepladder Technique in your own decision making, follow the five simple steps below.

Step One – Explain the Problem

When first getting started, you will want to inform everyone in the group as to the problem that needs to be solved. This step will serve to inform individuals that they are being included on the team that is going to solve the problem, and they will have a chance to think about it on their own. Providing everyone with space is important at this step – if you don’t allow them to think individually before coming together, you are going to wind up with opinions that are influenced by the thoughts of others.

After a period of time has passed, you are going to need to ask two members of the group to come together in order to discuss the problem. These individuals will have already had the chance to think about the problem on their own, so when they come together they will be prepared with some ideas that can be discussed. Provide them with a private, comfortable setting in which they can talk about all of the various issues at hand within this decision. 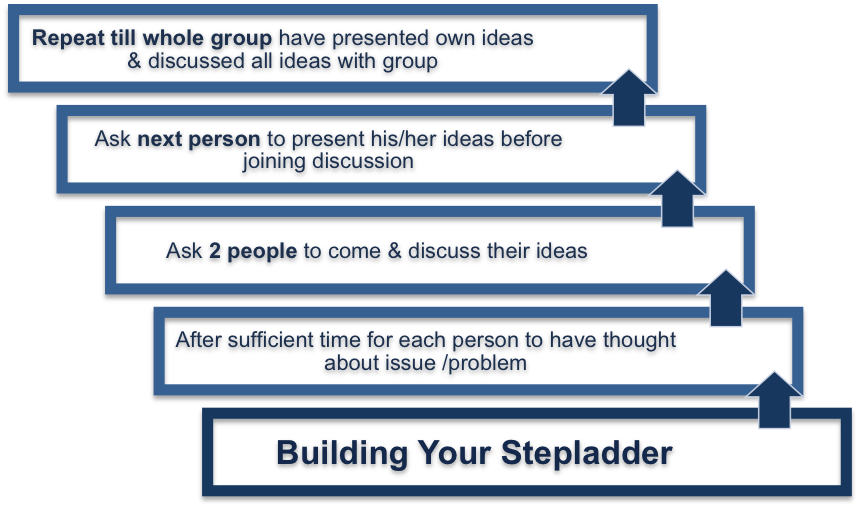 Once the meeting has been held between the first two individuals, you are then going to ask a third person to join in on their discussions. The format of this meeting is crucial to the success of the process as a whole. When the third person joins in, they are going to first present their thoughts to the other two before anything is discussed as a group. This way, the third person won’t have their opinions colored by the opinions of the first two. You are trying to avoid ‘group think’ with this approach – you want everyone who comes in to the group to be able to offer their own thoughts, unaffected by the thoughts of others on the team.

As you might expect, the fourth step is to simply continue on until all of the team members have been added to the meetings. Each new person that comes in to the room should be given time to present their thoughts without hearing about anything else that has been discussed previously. Once the new person is given a chance to present, you can then fill them in on the other ideas so they are fully up to speed on what the group has been discussing.

The final step in the process is, of course, making a decision. The decision should only be made after all individuals have been added into the group, and all opinions have been heard. Even if you think that a decision is obvious after just the first few individuals have had a chance to talk, you should still see it out all the way through to the conclusion. With all of the ideas and opinions out in the air, you should be able to make a team decision that is in the best interest of the organization as a whole.

When all is said and done, the overall purpose of this method of decision making is to make sure you hear from everyone equally. If you were to simply call a meeting with all of the team members in order to make a decision, you would be unlikely to hear from everyone in a setting that made them feel comfortable. Some people are overwhelmed by large meetings, and they may be too nervous to truly outline their thoughts on the topic. Those thoughts are important, however, and using the Stepladder Technique will make it more likely that you are going to get everyone’s honest and open opinions on the topic.

The Stepladder Technique is not going to be appropriate or even necessary for every group decision that needs to be made, but it can be the perfect tool for some cases. If you have a large team that needs to make a decision – and that team is made up of a variety of personality types – going through the Stepladder process is a great idea. When done correctly, this model doesn’t have to be particularly time consuming and it can lead to a logical choice that is supported by a majority of your team.