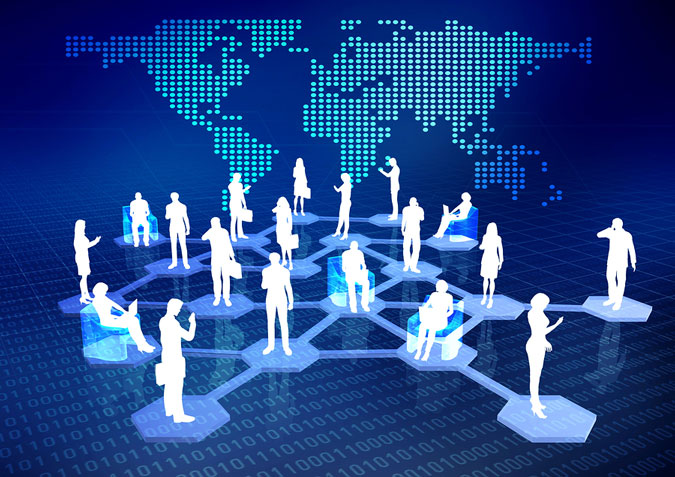 Project stakeholder management is the process of establishing and maintaining support from all affected parties for a new project within the organisation. A stakeholder is defined as anyone with an interest in the project, irrespective of whether that interest is positive or negative. They may be individuals or organizations that are actively involved in the project, or whose interests may be affected by the execution or completion of the project. In business, a stakeholder is considered anyone who has an interest in the organization for one reason or another. For example, the owner of a business is an obvious stakeholder in that business, because it is their investment and their money on the line.

Likewise, an employee is a stakeholder because they have spent time in their career working for the company and would benefit in some fashion if it were to succeed. The more you start to think about the concept of a stakeholder, the more you realize just how many different people have an interest in just about any organization. From the ownership and board of directors all the way down to vendors and suppliers, there can be an incredible number of people affected by the fortunes of a single company.

The concept is the same for a project manager, only on a more-defined scale. Project stakeholder management is the process of making sure that all of the various stakeholders related to the project you are working on get what they need from the project in question. You are probably already focused on impressing your boss and keeping him or her happy with the progress of the project, but there are likely many other stakeholders that need to be considered as well.

There are many steps that go into the planning stages of a project, and identifying the stakeholders that you need to be concerned with is yet another one to add to the list. Think about the scope of the project that you are working on and who is likely to be affected by the work you are doing within the company. For example, the entire board of directors might be considered a stakeholder if the project is prominent enough within the organization. For other projects, the board might not be interested but lower-level department manager could be. This is part of the challenge of identifying stakeholders – determining exactly who is concerned with what you are doing, and who isn’t.

Not all stakeholders are going to be found within the organization, either. Vendors and suppliers are frequently considered stakeholders because some of their future could be determined by the project you are working on. If you would buy twice the amount of product from a given vendor if the project were a success, for example, that vendor has a vested interest in helping you reach a successful conclusion.

One last group of stakeholders that can often be overlooked is the people who make up the actual project team. This is usually a group of employees from within the organization, with the possible addition of some specialists from the outside to complete certain tasks. While they might not hold a significant level of power within the organization, the team members inside the project just might have the most to gain from a positive outcome. Working on a project that succeeds and benefits the company is going to be a boost for those who played a valuable role in making it happen. When considering stakeholders, the team members themselves are often the most-invested of all. You can download this stakeholder register template.

Not all stakeholders are going to have the same effect or same level of interest in a project. For that reason, it is important to categorize them prior to getting started so that you can treat each unique stakeholder properly. A popular way of doing this is by making decisions on two points: how much power a stakeholder has, and how much interest they have. So, for example, your direct supervisor likely has both a high level of power and a high level of interest. This would make them an important stakeholder and one that you need to keep informed and satisfied. On the other end of the spectrum, a manager in a different department of the organization might fall into the low power and low interest category. While they are in some way related to the project, they don’t need to be updated frequently and you don’t need to be concerned with making them happy.

It is important to categorize stakeholders so that you meet everyone’s needs while also not wasting time doing things that aren’t necessary. Continuing the example, updating the manager in another department every day on the progress of the project would most likely be a waste of your time – while it might be necessary to update your own manager every day. All stakeholders are not the same, and they should not be treated the same.

Throughout the project, it is usually necessary to ‘manage’ the various stakeholders to make sure their needs are being met and that they are satisfied with the progress of the project. When things are going well – deadlines are being met, the budget is under control – it should be relatively easy to manage the stakeholders. It is only when there begins to be trouble within the project that there may be unrest and difficulty keeping everyone happy. Toward this point, great communication is one of the project manager’s best friends. When stakeholders are engaged as needed and kept in the loop regarding aspects of the project that directly affect them, it should be easier to work through any difficulties and keep the project on course.

Often projects are just a microcosm of business itself, and such is the case with stakeholder management. When you are able to identify successfully all of the various stakeholders that are related to your upcoming project, you can then plan to manage them as needed from start to finish. Some will require only a periodic communication, while others may wind up taking a large chunk of your time in an effort to keep them satisfied. However, it is only a successful project if the important stakeholders are happy with the outcome, so a smart project manager prioritizes this part of the job as a key one to get right. Meeting, and exceeding, stakeholder expectations is something that every project manager should strive to achieve.