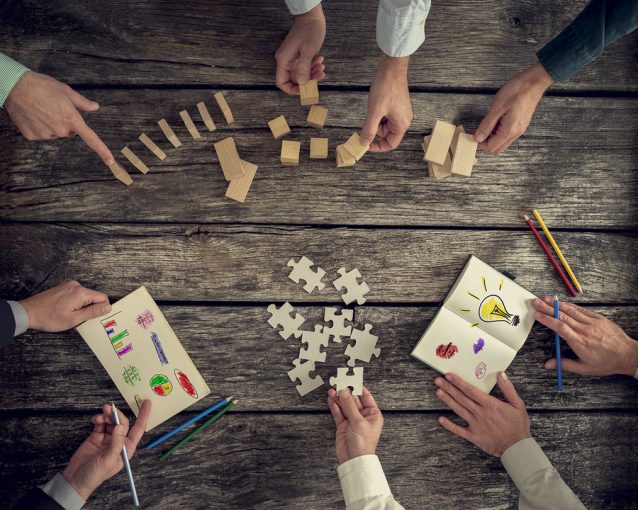 Have you recently held a brainstorming session within your organization that you felt was somewhat ‘less than successful’? Brainstorming can be a great way to come up with a variety of new ideas, but sessions which include large numbers of people can easily get off track. Even if brainstorming is usually an effective tool for your teams, it isn’t going to hit a homerun each and every time you put it to use. When brainstorming seems to be coming up short, consider turning to Rolestorming as a unique alternative. (Rolestorming: Rick Griggs, originator, copyright 1989. 970.690.7327)

Although brainstorming is extremely popular – and can often be effective – there are some commonly accepted drawbacks which limit its usefulness in the group setting. Some typical drawbacks of regular brainstorming include the following –

As you can see, there are some problems with brainstorming in a group setting. These problems don’t mean that you should never attempt to brainstorming with some of your team members – you can still work through many problems in this manner. However, basic brainstorming shouldn’t be seen as the ‘be all, end all’ when it comes to creativity.

Putting a New Spin On It

To take brainstorming in a new direction, it is possible to turn to the technique of Rolestorming. As you might be able to guess from the name, this is a system that is going to combine role playing and brainstorming. Basically, instead of taking part in a brainstorming session as themselves, your team members are going to ‘take on’ other personas while brainstorming. This is obviously a unique way to approach creativity, but it has some surprisingly powerful advantages.

Obviously, one of the first things you will have to consider when starting a Rolestorming session is exactly what roles need to be filled. The answer to that question can be found by looking at the issue that you are trying to address by holding a brainstorming session in the first place. So, for example, imagine that you are having this meeting because you need to figure out how to negotiate better terms from your suppliers. In that case, you may wish to have some of the meeting participants actually play the role of a supplier. Others could take on roles from around your organization that are different from their own. In the end, everyone will be playing a role that is different from their day to day job, and the session can begin.

So what is the point of role playing during a brainstorming session? There are a couple of potential advantages to be enjoyed. The first is the freedom that will be felt when playing a role instead of simply being yourself. When you are just representing yourself, you may feel inhibited and be unwilling to air your true feelings. However, some of that can be stripped away when you play a role.

Speaking as another person, you can say what you really feel and your true ideas will suddenly be out there in front of everyone. If your organization has trouble convincing team members to offer up their own ideas, this method may be just the thing to bring their ideas to the surface.

Also, Rolestorming can help participants to look at a given topic from another direction. When you always look at problems from the same view point – your own viewpoint – it can become difficult to apply all of your creativity to the issue. When you step outside of your own mind, on the other hand, you may be able to see a better picture of the problem in front of you. Seeing an issue from someone else’s perspective is a powerful feeling, and it is one that can lead to many new insights.

There is one major hurdle that needs to be discussed when it comes to Rolestorming – the reluctance of some people within your organization to take part in a role playing session. Some of your team members may not be comfortable with this kind of method, and the whole point of the session is to make people comfortable so they can be creative and productive. If you are having trouble getting your team to relax and take part, try using a few warm-up exercises to teach everyone the basics of role playing. You can take warm-up ideas from the world of acting or even improvisation, as these disciplines relate closely to role playing.

At the end of the day, you don’t want to try to force your team members into doing anything they don’t want to do, so work to create a situation that makes everyone feel comfortable and included.

Let’s be honest – Rolestorming is an ‘outside the box’ idea which is going to catch some of your employees off guard at first. With that said, once your team opens up to the idea of role playing during a brainstorming meeting, the sky is the limit for what this technique can produce. Allowing team members to step outside of their traditional role in order to see things from a new angle, your brainstorming sessions could suddenly be far more productive than ever before. Have fun with this exercise and look forward to impressive results.

You can read more about Rolestorming in our free eBook ‘Top 5 Brainstorming Techniques‘. Download it now for your PC, Mac, laptop, tablet, Kindle, eBook reader or Smartphone.