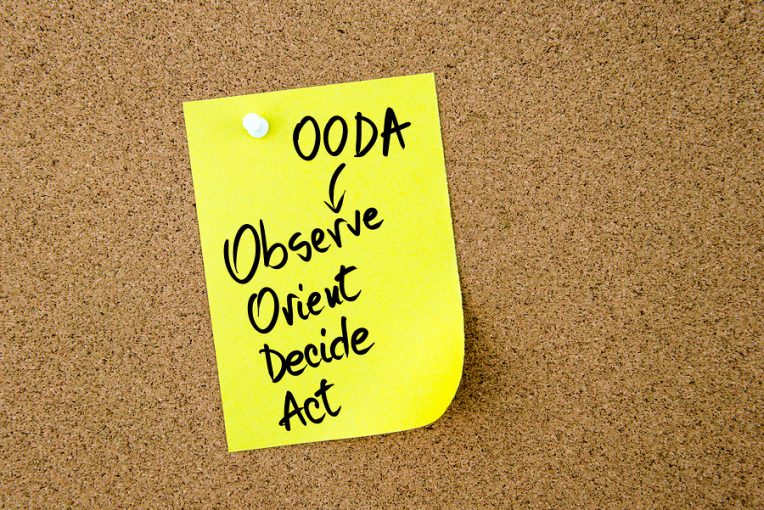 You already know that you will have to make a lot of good decisions if you are going to keep your company on track in both the short and long term. As an owner or manager, it is up to you to make the tough choices that steer the business in the right direction.

To do so, you may wish to turn to tools such as the OODA Loop. This model is relatively simple and straightforward, but it can be highly effective. When you think about the operations of your organization in the frame of the OODA Loop, you will quickly see that you are never going to be finished making decisions. 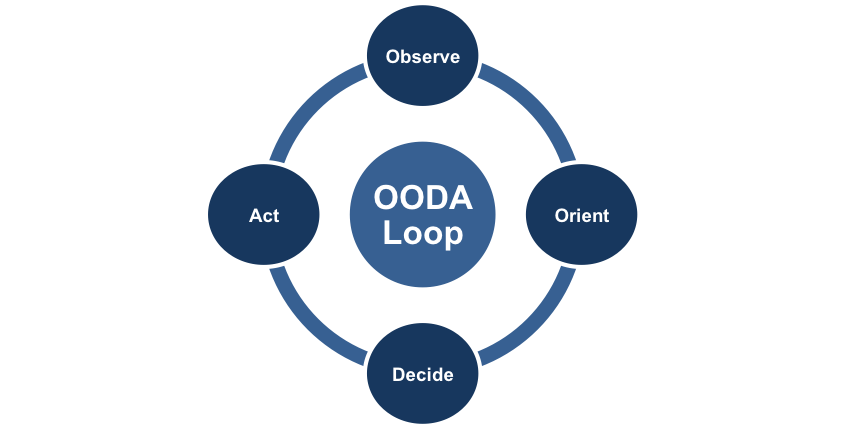 This model is a loop for a reason – it continues with no end in sight, for the life of the organization in question.

There are four stages built in to the OODA Loop. Those stages are as follows –

That’s it. It is a simple model, yet it says so much about how you are going to make decisions in business. To help you get the most from this model, we have gone into a bit of detail on each of the four stages below.

In business, observation is something of a constant state of being. You should always be observing what is going on around you, looking for information that can help you to make smart decisions. At this point in the loop, you are doing just that – taking in information that will be valuable later on in the loop. Keeping your mind open is key at this point, as you will want to collect as much information as possible. Even if you don’t think something may be relevant later on, you never know what kind of twists and turns you will experience in business. See everything with a curious and interested eye and store it away for later.

One of the things you should be observing specifically is the outcome of previous decisions that you have made. Learning from your mistakes is one of the best things you can do as a manager, yet many people are unwilling to acknowledge mistakes even when they are obvious. Take a look at your previous predictions and see how they are faring now that they have been put into action. If you were wrong about a number of things previously, you can use what you have learned from those miss-steps to make better choices going forward.

This is one stage of the decision making cycle that you may not have considered previously. In life, we all have our own experiences, biases, areas of expertise, and more that influence how we see the world. You can think of this as your ‘orientation’ in life. So, when you are confronting a specific decision that needs to be made in business, you are naturally going to come at the problem through the lens of your own orientation. Unfortunately, this can lead to poor decision making.

To make the best possible decisions, you need to orient yourself correctly with the information at hand in order to make a good choice. If you allow your choices to be based too strongly on your own personal orientation, trouble is likely to be on the way. As a decision maker, you have to be able to set all of that stuff aside in order to make a choice that is based solely on the evidence in front of you. By being willing to re-orient yourself on an ongoing basis, you can become a reliable and productive decision maker.

Obviously, it is at this stage in the loop when you actually make your decision. Although you need to be confident in your decision, it is important to remember that nothing is really final in business – you always have to keep your mind open to making changes later should new information become available. A decision that you make today could be sound based on what you know, but that same decision could be relatively out of touch tomorrow if new information becomes available. The best decision makers are those who are confident in their choice today while remaining open to new ideas that may come along at any time.

There is a difference between making a decision and actually putting that decision into action. When you act, you are going to implement the decision you have made, and then closely monitor the results. If you don’t learn from what happens when your decisions go into action, you are destined to repeat your mistakes over and over again into the future.

To get the best possible results from your actions, you need to make sure that everyone involved is ‘on board’ with the choice that you have made. Those who are affected by the decision should have a clear understanding of why you are doing what you are doing – even if they didn’t have any input in the choice that was made. The success or failure of a given decision will depend not only on the quality of the decision itself, but also on the commitment of the individuals responsible for bringing that decision to life.

As this model is a loop, you are going to immediately head back to the start once you have completed the ‘act’ phase. You will begin observing as soon as you have acted, as there never really is a break in this loop. And, consider the fact that you probably have multiple decisions to make at any given time, you really are in all of the different phases of this loop at all times.

In other words, you may have a few decisions that are in the observe or orient stages, while others are residing in the decide and act section. Understanding that this is the natural lifecycle of a decision, and having the ability to guide your choices from start to finish, is going to help your performance as a manager.