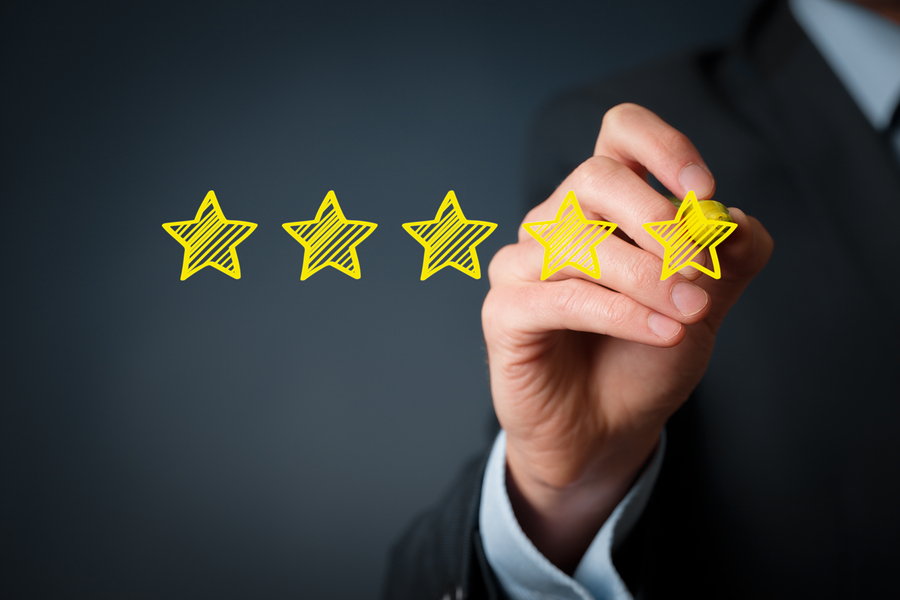 As a business, you are always trying to impress your customers – that much is obvious. If you can leave a good impression in the mind of your customers, those customers are more likely to provide value to your business at a later date. They may decide to make more purchases, they may buy more expensive items, or they may positively refer your business to others. No matter what action they take, it is always a good thing when a customer sees your business in a positive light.

On the other end of the spectrum, it is bad news when a customer has a negative impression of something about your business. Maybe they are unhappy with a recent purchase, or they had a negative interaction with customer service. Whatever the case, their negative feelings are likely to be passed on to others – especially in the high-tech world of social media in which we live. Making a good impression on your customers is essential if you are going to survive and thrive well into the future.

It is this concept that lays the foundation from a metric known as Net Promoter Score. This is a relatively new metric that has quickly been adopted across the business world, with many of the world’s biggest companies integrating this method into their relationship evaluation process. If you would like to gain a better understanding of how your customers feel about your business and your brand, using NPS is a great way to go.

One of the reasons that this metric has become so popular so quickly is the fact that it is incredibly simple. In fact, the entire metric is based around one basic question. The question goes roughly as follows –

When this question is posed, it is usually associated with a scale of one to ten. Respondents are simply asked to select a number on the scale, and they are finished. 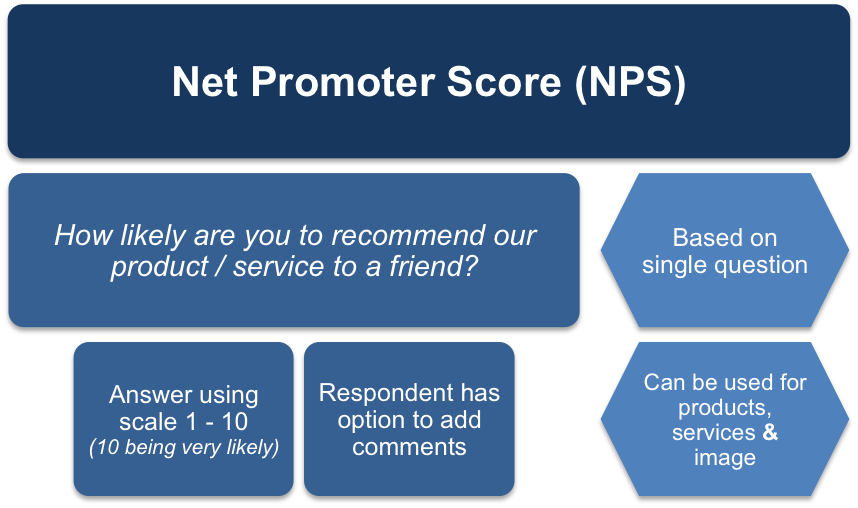 There is usually an optional field where those responding can add their own comments, but that is not a necessary part of the process. As long as a respondent is willing to pick a number from between one and ten, they will be included in the survey. As you would expect, a score of one indicates that they are highly dissatisfied with the product, while a ten is a score that represents complete satisfaction.

Of course, it doesn’t have to be a ‘product’ that is being evaluated when this survey question is used. It could be a service, or it could even be an overall impression of the brand or company. In fact, you have probably already seen this question somewhere around the web after you purchased an item or signed up for a service. The Net Promoter Score metric is useful in just about any application, so there is a good chance you will be able to put it into action within your organization.

After you have collected a fair amount of data, you will want to start analyzing that data for anything that you can use to judge your reputation in the eyes of your customers. Despite the fact that this survey is presented as a scale from one to ten, all responses are going to be placed into one of three categories. 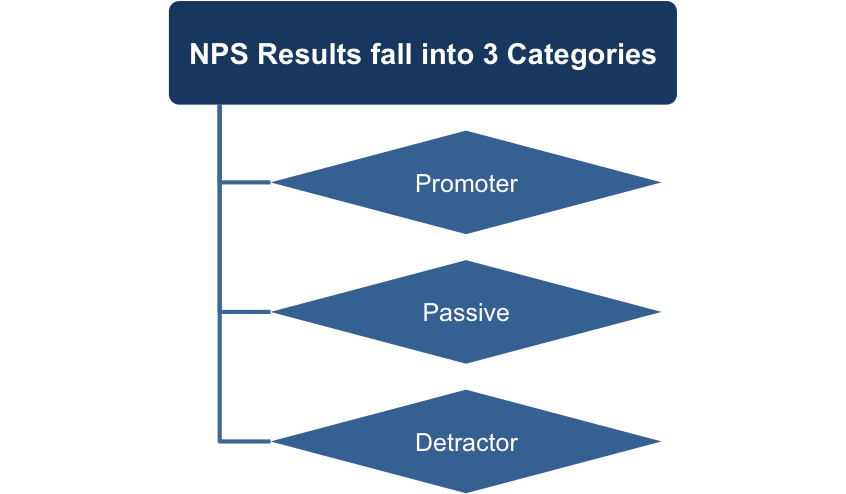 Those categories are as follows –

So, once a set of responses has been collected, you will be able to sort out the data into these three buckets. You will have a certain amount of people who are promoters of your product or service, some who are passive, and others who are detractors. But how do you sort this out into a score that you can use to measure your customer satisfaction moving forward? The scale is based on percentages, with 100 being the best possible score and –100 being the worst possible score.

To make this concept clearer, let’s look at an example. Imagine that you have posted this survey question on your website where customers will find it after they complete a purchase. After leaving the question on the site for a week, you now have 500 total responses to sort through. Those responses are sorted out into the three categories and the totals look like this –

It only takes a bit of basic math to figure out your net promoter score from these results. 300 promoters out of 500 total respondents is 60%. 100 detractors out of the 500 responses is 20%. By subtracting 20 from 60, you are left with a total Net Promoter Score of 40. As anything in the positive range is considered to be acceptable, most business would be pretty happy with an NPS of 40.

In addition to the score itself, there is also plenty to be learned from the comments that customers leave when asked for their feedback after rating the company from one to ten. Both positive and negative comments should be carefully reviewed and considered, however it is often the negative comments that will be of the greatest value to the business. Usually the comments that are left as part of this survey will be reviewed by someone at the management level who can then use that information to make changes as necessary.

Net Promoter Score has quickly become a popular metric to measure customer satisfaction because it is both informative and easy to use. If you put this simple survey into action for your business, you are sure to gain valuable insights into the opinions and preferences of your customer base. A good NPS can indicate that you are already on the right track, while a poor NPS (and the comments that come with it) can help you find ways improve over time. Any company that is serious about building long lasting customer relationships should give strong consideration to the use of Net Promoter Score.

You can read more about Net Promoter Score in our free eBook ‘Top 5 Marketing Principles’. Download it now for your PC, Mac, laptop, tablet, Kindle, eBook reader or Smartphone.