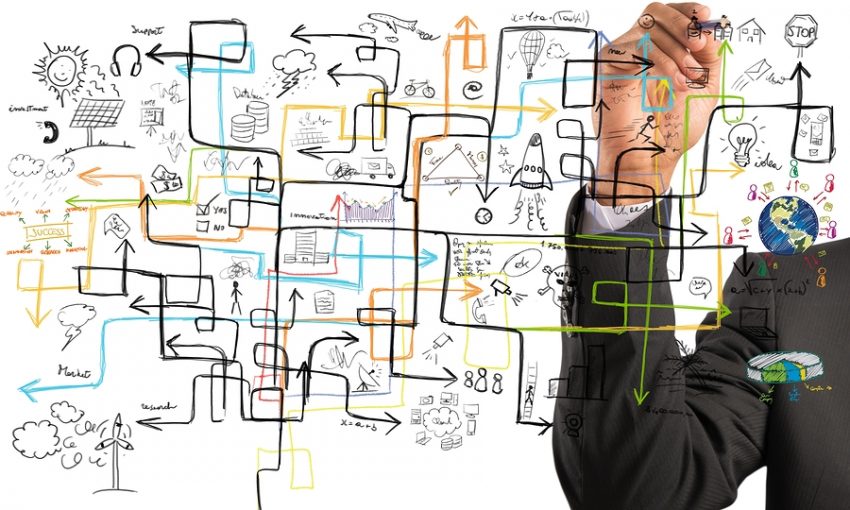 Means-end analysis, or MEA, is a method of thinking about organizational planning that can help you to reach your ultimate goals. Every business has goals that they wish to reach, but few go about reaching those goals in a way that promotes their success. If you are serious about hitting the goals that have been set out for your organization in both the short and long term, you will consider using a form of thinking like means-end analysis to make sure you stay on the right track.

Goals are not simply achieved on their own. You won’t be able to set a goal out for yourself or for your business and then just sit back while expecting that goal to be reached. Instead, you are going to have to take action if you want to hit your goals on a consistent basis. That action involves careful planning to ensure that all steps taken on a day-by-day basis are taken with the ultimate goal in mind. Without this kind of planning, it is easy to move your organization in the wrong direction – you will feel like you are making progress, but you will wind up far from the goal in the end.

One of the first things that needs to be done with regard to a means-end analysis is to shift the thinking from goals to smaller objectives. This is a concept that is better explained with the use of an example. So, for instance, imagine that there is a company which sells tablet computers to the consumer market. For the current year, they have a goal of bringing in a total of $10 million in revenue. That is the goal that is at the top of their list, and everything that they do during the year is oriented toward hitting that $10 million mark.

However, simply stating that the company wishes to bring in $10 million during the year really doesn’t do anything to get closer to that goal. Using means-end analysis, that goal should be broken down into a number of smaller objectives that will contribute to reaching the goal by year’s end. Some examples of objectives that could be outlines would include a specific number of tablets that need to be sold, or an average price per unit sold that needs to be hit in order to make that revenue goal become a reality.

The process of drilling down toward a more specific plan doesn’t stop when you move from an overall goal into some small objectives. From there, those objectives need to be boiled down into actionable steps that can be used by the business to ultimately reach the original goal. There are many possible steps that could be used in order to reach a sales goal, such as the following –

The list above really could go on and on forever. There is no limit to the methods that can be used to promote a product, which in this case, is working toward an overall sales goal. Means-end analysis requires you to think about how even the smallest of steps have an impact on the overall goal that you have set for the business.

The more detailed the steps become when working through this analysis, the more likely you are to be successful in the end. Steps that are general and open-ended in nature are not very productive, as they tend to sit idle while various employees and managers wait for someone to give them a more specific definition. Don’t fall into this trap – go the extra mile to give each specific action a detailed definition and the outcome will be far more productive.

A Fit for the Human Brain

While organizations can feel large and somewhat cold, they are actually made up of people who have feelings, emotions, strengths, weaknesses, and more. So, when designing a system to use inside of an organization, it is important to keep in mind the fact that human beings are going to be implementing and executing the system. This is where means-end analysis is so strong. Breaking up a large goal into smaller steps is a great way for the human brain to think about a task, meaning more successful actions are likely to be taken along the way. It would be easy for human employees to become overwhelmed at the thought of trying to create $10 million in revenue, for example, but it is much easier for them to think about enacting a social media marketing campaign in the next few weeks. With a scope that makes sense to the brain and a specific plan of action in place, your people are likely to be far more successful.

Overwhelming individuals or teams within your business is never going to lead you on a path to success. Even if you feel like those people can handle what you are throwing their way, they will almost always be more successful if you give them smaller ‘chunks’ to deal with, which is exactly what happens when you use MEA. Break down a big goal like selling $10 million worth of tablets into smaller steps and watch your people thrive thanks to the clarity that they have been given.

Using means-end analysis is something that most people do in their day to day life, whether they know it or not. It might seem like a daunting task to clean the whole house, for example, so you might decide to start with the dishes and go from there. This is the same concept that MEA brings to organizations. Identify a goal, whatever that goal may be, and then break it down until each step is concise and actionable. As long as the steps are followed and the various individuals involved are all on the same page, the overall goal should be reached successfully in the end.