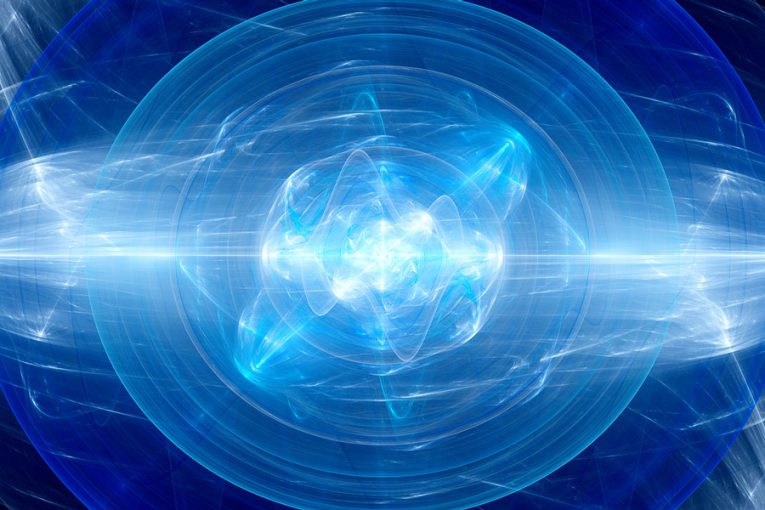 In business, it is often the simple tools that are the most effective. That is certainly true in this case, as Force Field Analysis has been around for many decades and yet it remains a powerful tool to this day. When you are faced with making a decision that is going to impact the way your business moves forward, you might want to consider preparing a Force Field Analysis in order to determine whether or not you should continue with your plan.

Doing this type of analysis is a great way to see both sides of a potential change, which is key in deciding how effective the change is going to be. Mistakes are made when only one side of a decision is considered, but that won’t happen when Force Field Analysis is used properly.

Centered on a Plan

To get started using a Force Field Analysis, the first thing you are going to do is write down your plan in the center of a sheet of paper. You should have clearly defined this plan before even getting started, as having an ambiguous plan from the beginning is going to make it extremely difficult – if not impossible – to make an accurate assessment of the forces at play. Any business decision making tool is only going to be as good as its inputs, so take the time to make a clear and well-defined plan before getting started on this process.

You will list as many forces as you can think of in both the ‘for’ and ‘against’ columns.

What kind of forces do you need to consider when working through this process? There are nearly unlimited options out there for forces that could wind up impacting the choice that you have made. First, you may wish to consider the other people within your organization and where they stand on the issue. Will you have powerful people on your side, or will you have to be winning people over as you go? The human element is a significant force, especially when those with power have a strong opinion on your idea. Other potential forces to think about include the difficulty that will be experienced in making the change, the cost of the change, and what exactly the potential benefits will be.

You should take as much time as necessary, and talk to as many people as necessary, in order to built out your Force Field completely. Come back to the piece of paper from time to time over the course of a day – or even a week – to make sure you aren’t missing anything that could wind up being important. When you have finally reached a point where you are satisfied with the state of your model, you can then move on to keeping score. 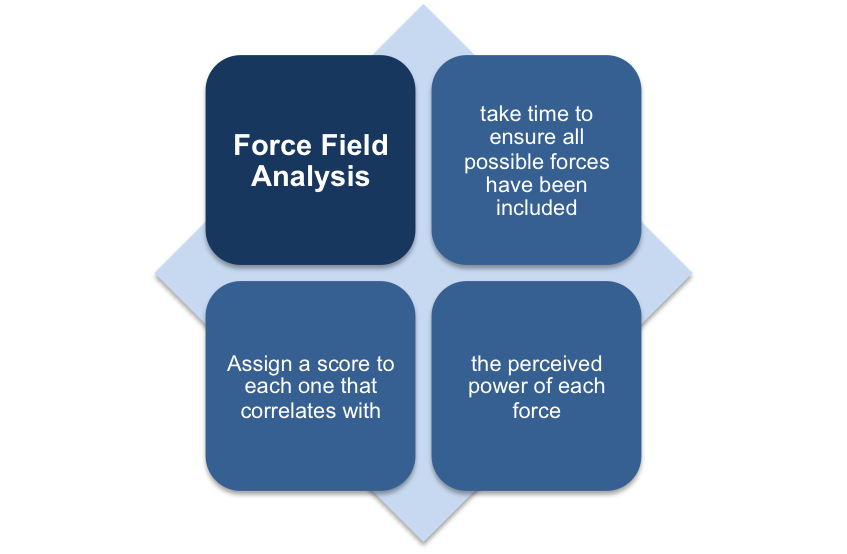 In this case, keeping score refers to the assigning of a score to each of the forces on your list. Go down your list of the points in the ‘for’ and ‘against’ columns and assign each one a score based on a scale that you will need to create. You could use a small scale such as 1-3, or a larger scale like 1-10. The score that you assign will correlate with the perceived power of each force. For example, if the president of the company was in favor of your idea, that would likely receive a high score because of the power that it offers. On the other hand, if there is a small ancillary factor that you perceive as a negative force, that point would likely receive a score near the bottom of the scale.

When you have finished assigning scores to each of the forces on your list, the next step you will want to take is to add up those scores to see which side ‘wins’. Are there more total points on the ‘for’ side of the equation, or on the ‘against’ side? You are going to use the results of this scoring system to largely decide on whether or not to go ahead with your idea. Obviously the score that you wind up with doesn’t have to be the final word on the matter, but it may be a mistake to go ahead with a plan that loses by a significant margin in this analysis.

If you are not ready to give up on your idea just because it hasn’t ‘passed the test’ when it comes to Force Field Analysis, the best thing you can do is to find ways to change the math in question. In other words, you need to be able to alter the scorecard to a point where the numbers break in your favor. For example, if you had to include points on the negative side because some of your supervisors are against the idea, you may want to spend some time trying to bring them over to your side. Once you have done so successfully, you can then move those points onto the ‘for’ side of the ledger, and your overall picture may start to look a bit brighter.

Using Force Field Analysis is a great way to give yourself confidence going into a big decision. If your analysis indicates that you are on the right track, you can move forward knowing that things have a strong chance of working out nicely. On the other hand, if the analysis shows your idea to be a poor one, you can avoid making a mistake and instead get to work on other ideas which may be more productive. Either way, doing a Force Field Analysis is a productive use of time that may help you to make improved decisions moving forward.