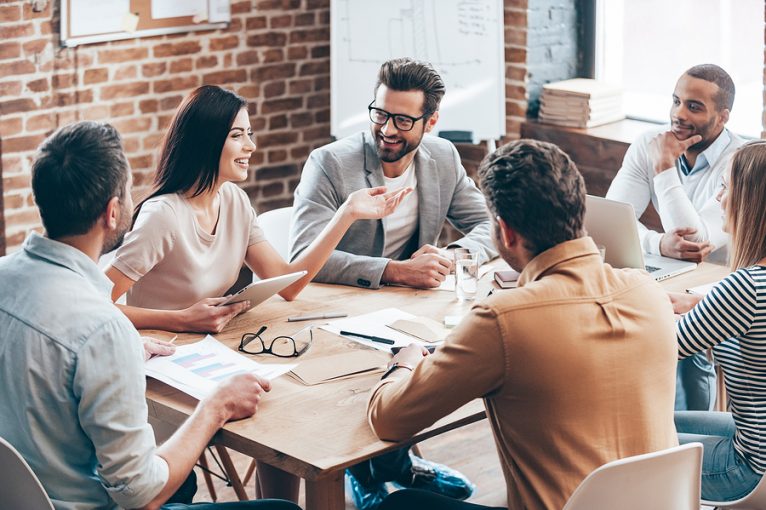 Running a business is nothing more than making a series of important decisions. For a business owner or manager, each day is filled with one decision after the next, with some of those decisions likely meaning the difference between profit and loss. It can become stressful to make such important decisions day after day, especially if you are trying to make them all on your own.

In many cases, it will be better to make decisions as part of a group. When a group comes together to make an important choice, the company as a whole will enjoy several advantages. For one thing, the knowledge of all of the various people in the group will be used to make the choice, not just the knowledge of one individual. There are sure to be many different backgrounds and types of experiences within the group, which means great things for the quality of the final decision. Also, bad ideas tend to get filtered out in the group setting, meaning the eventual choice is less likely to be a dud.

With all of that said, group decision-making is not perfect. It can be tough to get everyone on the same page, meaning it may take quite a bit of time to make an eventual decision, even if that decision does wind up being a good one. To make the group decision making process run as smoothly as possible, you may wish to employ one of the methods outlined in the content below. We have identified seven methods for group decision making, so there is a good chance that one of these options will be right for your needs.

The Hoy-Tarter Model of Decision-Making

Originally created for use within a school system, the Hoy-Tarter Decision-Making Model can actually be applied in a number of different settings. If you are the owner or manager of any kind of organization, you already know just how difficult it can be to make decisions. Specifically, it can be hard to decide how to make those decisions, in terms of who you should include, what you should consider in the process, and more. Making good decisions is a key to success in business, but you can only make good decisions if you have an appropriate process in place.

If you decide to take a closer look at how to use this model, you will find that it requires you to create a matrix which will be filled with evaluations of expertise and whether or not an individual has a personal stake in the decision. It can take a bit of time to understand exactly how this model works, but it’s worth the effort because of its effectiveness.

If you would like to use voting to help make important organizational decisions from time to time, you may wish to employ the popular Multi-Voting Decision Making method. With this method, you can select the most popular options from a list in order to get an idea about the consensus of the group. Multi-voting is not always the right solution when trying to make a decision, but it can be perfect in specific circumstances.

If you would like to use the Multi-voting method, the first thing you need to do is develop a list of ideas that are going to be the subject of your vote. Ask the team that is working on this project to collaborate on a list. At first, you can put any idea that is presented onto the list, but you will want to slightly narrow down and ‘clean up’ that list before it goes to the vote. Before taking the vote, you will want to decide on exactly how many votes each individual is going to be given. Generally speaking, each person should be allowed to vote for roughly 1/3rd of the ideas on the list. So, given a list of 15 items, each person would be allowed to place five votes (thus the name ‘Multi-voting’). Of course, you are free to alter the number of votes allotted as you see fit, but the 1/3rd rule is a good place to start.

With all votes cast and collected, all you’ll need to do is count up the totals and determine the winning ideas. If you would like, you can narrow down the list of contenders and do the vote again, further concentrating your list to just a few of the strongest options. Multi-voting is the perfect way to gauge the opinion of a large group when several ideas are on the table.

You can think of the Modified Borda Count method as an extension of multi-voting. It works in a similar manner, only the votes are weighted in order to potentially reach a more meaningful outcome. Instead of just voting for one item, or voting for a few items as in the case of a Multi-voting system, you are going to have each voter assign points to their chosen ideas. Before starting the vote, you will need to inform each individual as to how many ideas they can support on their ballot. With a ballot of 10 items, for example, allowing each voter to support 5 of the 10 ideas is a good place to start.

So, each person will get to pick 5 of the 10 ideas. When choosing those five, they are going to give each a point value from 1 to 5. Their favorite idea in the entire list is going to get 5 points, the next favorite idea will get 4 points, and on down the list until they assign their 5th choice with a single point. The five ideas that they choose not to vote for will receive no points.

Finishing off the use of a Modified Borda Count is simple – just tally up the points from the vote, and you will have a winner. Using a spreadsheet is the best course of action for this task, as you will easily be able to reorder the spreadsheet to put the highest point totals at the top after all of the ballots have been included. The options with the highest number of points will be the winners of the vote.

No organization can consistently succeed in any market without quality decision making. It is the decisions that you make on behalf of your organization that chart its course for the future, for better or worse. Great decisions will likely lead you toward your goals, while poor decisions could quickly lead you out of business. When you are faced with a particularly difficult or important decision, it may be necessary to involve some or all of your team members in order to make the right choice.

When you are going to include others in the decision-making process, you need to start out with a plan in mind right from the start. Simply asking others to help you make the decision at hand could quickly become a disorganized mess if there is no structure to the process that can be followed to the conclusion. Fortunately, there are many forms of team decision making that have already been outlined and used by many previous organizations. Some of the tools that can be used to organize your team decision-making process have been highlighted elsewhere in this article, including multi-voting and the Modified Borda Count.

In this application, CODM stands for ‘consensus-oriented decision-making’, and that title tells you just about everything you need to know regarding the goal of this model. The idea here is to bring your group to a consensus as far as the best decision for the situation at hand. Once you have a group assembled that you are going to use to help make this important decision, Hartnett’s CODM Model calls for following through with a seven-step process. The seven steps are as follows:

Regardless of the decision that needs to be made, this is a solid framework that you can use to walk through the process from start to finish. Of course, it may be necessary to tweak the model slightly in order to have it fit nicely with the needs of your organization.

One of the biggest keys in decision making is understanding who has responsibility of which parts of the decision. When dealing with a large decision that features many moving parts, it is likely that you will have plenty of different people involved in the process. Without a clear distinction with regard to who is in charge of what, there is a strong possibility that confusion will reign. You already understand just how important it is to make good decisions – with Bain’s RAPID Framework, you can gain an appreciation for how important it is to have the right people in the right roles during the decision-making process.

As you would likely assume, RAPID is an acronym for five roles that can exist within the decision-making process. Those roles are as follows –

Despite the name ‘RAPID’, this is not necessarily a decision-making model which is meant for speed. By getting so many people involved in the decision, it is naturally going to take more time to make a choice than it would if you acted alone. Generally, Bain’s RAPID Framework is best used when there are important decisions to be made that are going to affect the direction of the organization as a whole.

The basic idea behind the Delphi Method is providing everyone involved with a platform on which they can share their honest opinions without fear of any repercussions. To achieve this goal, the Delphi method is based on a system of anonymity. Throughout the process, everyone who participates is going to offer up their opinions and ideas on an anonymous basis, to ensure that the group feels comfortable giving their honest views on the topic. Even after the decision is made and the process is over, the structure of anonymity is going to remain.

There are several benefits to using the Delphi method to gather ideas with the goal of solving a problem. First, you are going to be able to easily avoid two common problems with group decision-making – appeals to authority, and groupthink. No one will know where the ideas are coming from, so there won’t be any temptation to appeal to the authority behind the ideas. Also, since there are no face to face meetings at this point in the process, groupthink will not be an issue either.

To make this method work for you, it will be necessary to assign a ‘facilitator’ to manage the process. It is important that the facilitator is someone who can be trusted to maintain the confidentiality in the process, and it should ideally be someone who is separated in some way from the decision that needs to be made. For instance, it might be an experienced member of a different department, who has no stake in the decision at hand.

No matter which group decision-making method you choose to employ, the goal is always the same – to tap into the knowledge and experience of everyone in the group, in order to make a great choice. We hope you are able to use some of these methods in your organization to improve the decision-making process and achieve better outcomes moving forward.

Effective Group Decision Making eBook (52 Pages)
This eBook describes seven popular techniques that mangers use when needing to make decisions involving others. As a manager you will be faced with numerous situations where you are unable to make a decision on your own and require input from others. This may be either because you lack all of the information required or because you need to make sure that the decision is acceptable to everyone involved.