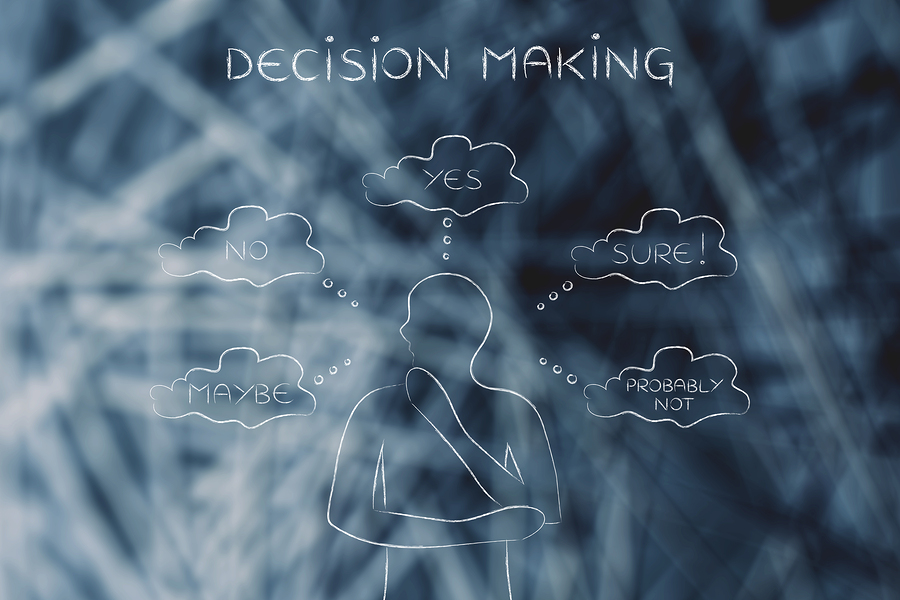 When you need to make a crucial decision in your business, you will likely want to invite the opinions and expertise of a number of your team members. This, of course, is a great thing – you will be able to include the thinking of many of your valued team members in the decision making process, which should lead to a better end result than if you had simply made the decision all on your own. Leveraging the knowledge and experience that exists within your organization is one of the best things you can do when trying to move your business forward successfully.

However, when you do opt for group decision making for some of your most important choices, there are some potential pitfalls that you need to watch out for. Specifically, you have to avoid appeals to authority and group think. Each of these are dangerous in a group decision making setting, and both can derail you from the path toward a smart decision if you aren’t careful. To help you understand the danger of these two issues, we have taken a closer look at them below.

Appeals to Authority
Basically, an appeal to authority is a way of thinking that determines the person who is right in a given disagreement must be the person with the higher rank. So, for example, a vice president would outrank a department manager, meaning the vice president would be seen as ‘right’ in any given situation – no matter what their opinion happened to be. Appealing to authority when trying to make a group decision is a negative because it can prevent the best ideas from rising to the top. If you have a great idea presented by someone further down the line in terms of authority, that idea might not ever receive the consideration that it deserves.

Ideally, the decision making process will be free from these kinds of prejudices, instead falling back on the important goal of simply making the best possible decision for the company as a whole.

Groupthink
When a group is gathered in a meeting room with the purpose of discussing a specific decision, the risk of groupthink is always going to be present. Groupthink, as you may know, is a situation in which those within a group simply start to agree with opinions being offered so that they don’t stand out from the crowd. In other words, people in the group may decide that it is in their best interest to agree with a supervisor or manager rather than stepping out and airing their own thoughts on the subject. Of course, when this happens, it totally undermines the entire point behind using a group to make decisions in the first place. If you are going to get the full benefit from having a group in place to make decisions, you are going to need to actually have all of the people in that group feel free to offer up their honest thoughts. Having everyone just go along with one or two leaders is pointless.

If you are going to successfully make a good decision on an important point that is going to influence your business, you will need to find a way to steer clear of both appeals to authority and groupthink. Fortunately, using the Delphi method is one way to keep your process on track.

Throughout the process, everyone who participates is going to offer up their opinions and ideas on an anonymous basis, to ensure that the group feels comfortable giving their honest views on the topic. Even after the decision is made and the process is over, the principle of anonymity is going to remain.

There are several benefits to using the Delphi method to gather ideas with the goal of solving a problem. First, you are going to be able to easily avoid the issues highlighted above. No one will know where the ideas are coming from, so there won’t be any temptation to appeal to the authority behind the ideas. Also, since there are no face to face meetings at this point in the process, groupthink will not be an issue either.

Perhaps the most important person in the process of using the Delphi method is the facilitator. This is the person who is going to be responsible for gathering the input from various parties, and they will also need to disseminate that information to the others in the group for review. The facilitator needs to be someone who is impartial, trustworthy, and able to organize and display all of the incoming information in an effective manner. It is very likely that the success or failure of this method within your organization is going to come down to the effectiveness of the facilitator.

There is a lot to like about using the Delphi method, as it effectively allows you to avoid some of the pitfalls that can come along with traditional group decision making. However, there are some drawbacks to be found as well, specifically the loss of an opportunity to have people work together to develop new ideas.

You will basically be collecting a variety of individual ideas during this process, which is going to limit you to the existing thoughts and opinions of the individuals in your group. So those individuals won’t be able to work together, meaning they can’t develop new concepts in concert with one another. By avoiding the standard problems of decision making in a group setting, you also miss out on some of the potential positives. To be sure, the Delphi method isn’t going to apply to every decision making scenario, but it can be effective and productive when the right opportunity comes along.

You can read more about the Delphi Method in our free eBook ‘Effective Group Decision Making’. Download it now for your PC, Mac, laptop, tablet, Kindle, eBook reader or Smartphone.