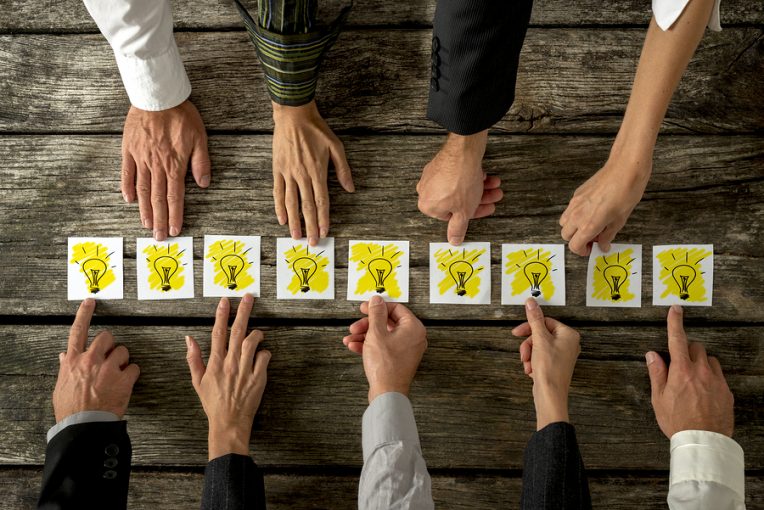 One of the great things about brainstorming is the fact that it is an extremely simple process. You can sit down with a blank sheet of paper, focus your mind on a specific goal or problem, and quickly come away with plenty of new ideas to pursue. Unfortunately, it is that simplicity that is also a flaw when it comes to the effectiveness of brainstorming.

If a problem is complicated or needs a large number of people to solve it, then brainstorming is unlikely to be the best approach. When that is the case, putting the Charette Procedure into action is an option you should strongly consider.

The Charette Procedure is a form of brainstorming which is designed to help you keep the process on track and headed toward a successful outcome. There are a number of reasons to employ this procedure for your next brainstorming session, including those listed below –

If you are facing an upcoming brainstorming session which you think needs structure in order to succeed, the Charette Procedure could be the perfect way to wind up with productive, innovative ideas.

Putting It to Work

To understand exactly how to put this procedure to work in your next brainstorming session, it will be helpful to walk through an example. For this example, we are going to imagine that there are 20 people whom you wish to include in a brainstorming session. These 20 people are going to be charged with attempting to solve three specific problems during this session. Obviously, if you were to simply collect 20 people in a room with the goal of solving three different problems, chaos could ensue. That won’t be the case here, however, as the structure you will give the meeting is going to allow it to progress nicely.

As a first step, you are going to divide the 20 people within the meeting into four groups of five. Working in smaller groups is almost always a good idea in a large meeting, as this reduces the chaos and allows more productive conversations to take place. Give each group a dedicated place to work – each group could even work in its own room, if necessary. Also, each group is going to pick a specific problem to tackle. Rather than trying to deal with all problems at once, groups are going to focus on a single issue to start. In our example, there are three problems and four groups, so two groups will be addressing the same problem. 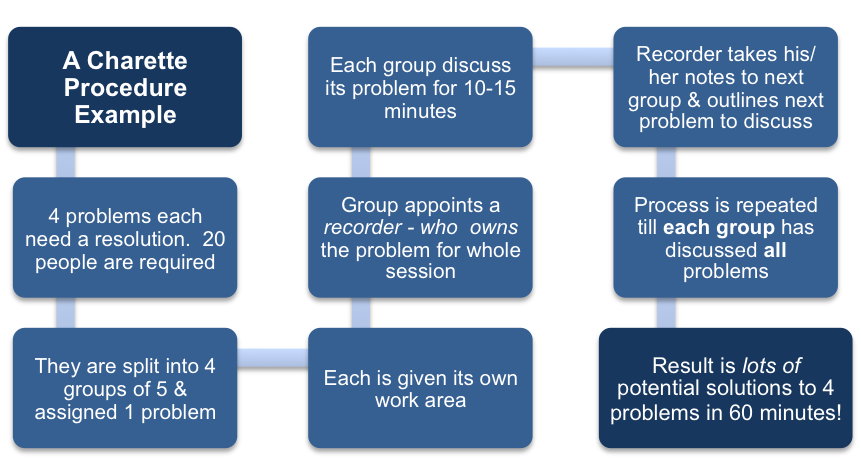 One of the most important steps of this procedure is the selection of a ‘recorder’ within each group. This person, obviously, is going to record the discussions that are taking place during the brainstorming session. The recorder is an important job because this person is actually going to move from group to group as the Charette Procedure moves from start to finish. The process itself looks like this –

When done correctly, this type of brainstorming session can leave you with a tremendous number of ideas after just a relatively short period of time. If you allowed for 15 minutes during each round in our example, the entire meeting would last just an hour. It is very likely that this hour will have been far more productive than an hour spent in a wide open, 20-person meeting without any structure or specific format.

The Charette Procedure is a great option when you have a large number of people to include and multiple problems to solve. Traditional brainstorming remains a valuable tool for smaller groups and situations where just one issue is on the table, but you need more advanced tools to deal with the added complexity that comes with big groups and multiple topics. 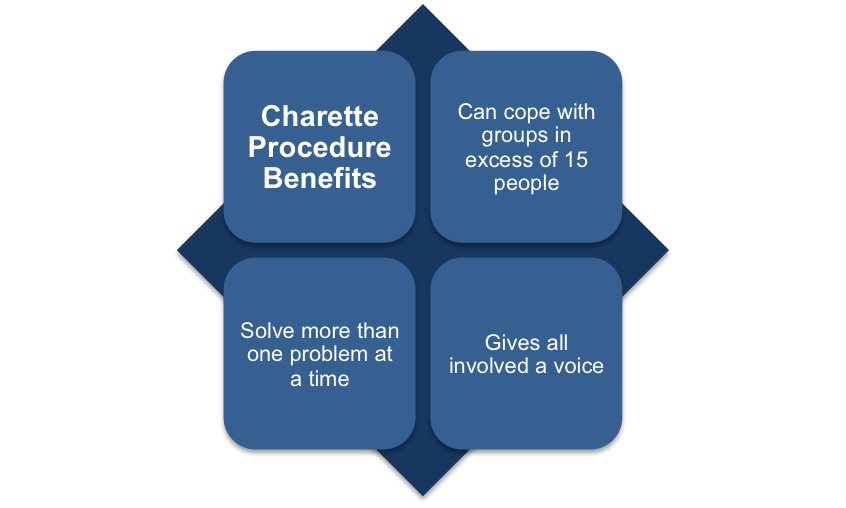 Your team members are likely to appreciate this brainstorming style because it gives everyone an opportunity to contribute – especially those who might be too quiet or shy to speak up in a large meeting. Now that you understand the basic format of the Charette Procedure, you can keep your eye out for an opportunity to put it to use in your own organization.

You can read more about the Charette Procedure in our free eBook ‘Creative Thinking for Managers’. Download it now for your PC, Mac, laptop, tablet, Kindle, eBook reader or Smartphone.