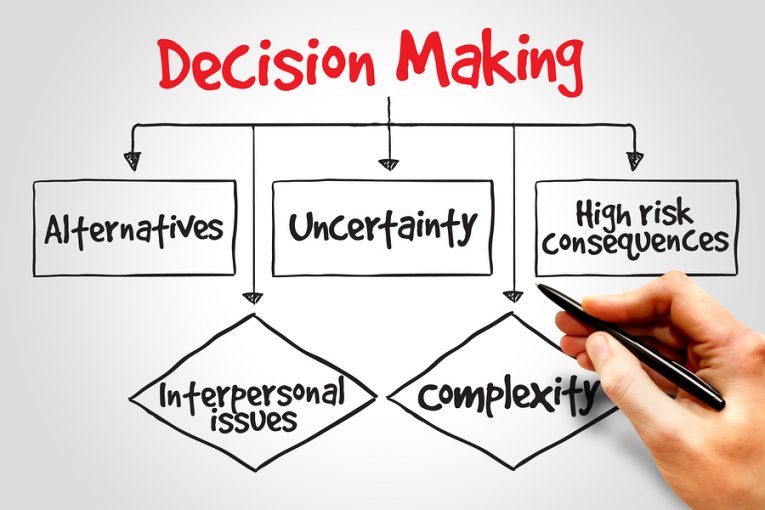 One of the biggest keys in decision making is understanding who has responsibility of which parts of the decision. When dealing with a large decision that features many moving parts, it is likely that you will have plenty of different people involved in the process. Without a clear distinction with regard to who is in charge of what, there is a strong possibility that confusion will reign.

Before getting too far into this model, it should be noted that not all decisions are going to warrant the time investment required to use the RAPID model. In fact, it is likely that most of your decisions will not warrant the use of this tool, as the average business decision can be made quickly by a single person. However, when those big decisions come across your desk and you know that it is essential to get the choice right, you may wish to employ RAPID as part of your overall approach to the issue.

As you would likely assume, RAPID is an acronym for five roles that can exist within the decision making process. Those roles are as follows:

To help you understand each of these five roles within the model, we have provided a short description of each in the content below.

The person or people in this category are, obviously, those who are going to be making the recommendations for the decision at hand. Likely, this is going to be a department manager, or someone else in a position of power who can offer their opinion right from the start. Of course, the recommendation that they make is not necessarily going to be the final decision, but rather it will serve as a starting point for the process. It is important to get started with some sort of direction, and that direction can then be altered or adjusted as necessary along the way before a final decision is made.

In the end, the official recommendation that is offered for this decision should be something that everyone in the Agree group can support.

Who is it that is going to put this decision into action? These are the people that make up the Perform group. Depending on the specifics of the decision at hand, those within this group could potentially come from a wide variety of departments or areas within the organization. It is hard to pin down where the performers are going to be found within your business, because that is something which is highly dependent on the decision at hand. Fortunately, it should be pretty easy to determine who will be in this group when you think about what it is that you are deciding and who that decision is going to influence directly.

During any decision making process, there is going to be a need for information to be supplied to those making the choices. That is the job of the Input group. Those in this category are going to be the business analysts and others with information that will be of value during the process of making the final selection. Having accurate and timely information is extremely important while trying to make a logical decision, so the vital role of the Input group should not be overlooked. 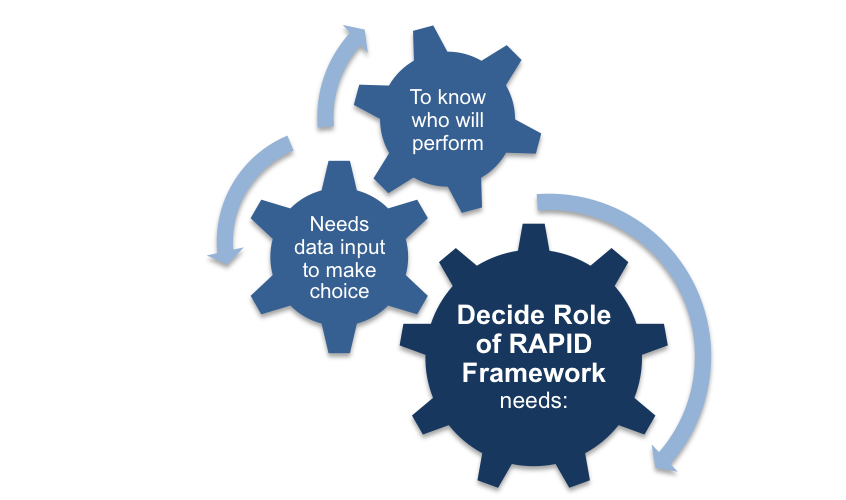 When everything has been completed and all of the opinions are on the table, a decision will need to be both made and executed – and that is the responsibility of those in this group. Not only will the choice have to be officially made, but that choice will then need to be put into action as quickly as possible. Putting the decision into action may be as simple as delegating responsibility down to those in the Perform group, or there may be other steps that are required along the way.

It should be obvious by this point that the RAPID framework for decision making is a process that is to be undertaken only when very important decisions need to be made. The number of people that will be involved in this process can be quite considerable. So this framework is best used when dealing with something that is going to impact the organization in a big way.

If you are going to make RAPID a part of the decision making process that you use for choices in your business, you should establish some type of threshold that will need to be crossed before this option is deployed. By knowing how important a decision must be in order to start up the RAPID process, you can be sure to only go down this road when it really is necessary.

Good decisions are the lifeblood of every successful organization, and making good decisions often comes down to using a good process. Sure, you are probably able to make plenty of smart choices on your own as an owner or manager, but some of the decisions that come in front of you are going to require the efforts of the entire team to handle properly. Learn how to put RAPID to use within your organization and you should be well on your way to a future that is filled with correct choices on the biggest issues facing your company.

You can read more about the Bain’s RAPID Framework in our free eBook ‘Effective Group Decision Making’. Download it now for your PC, Mac, laptop, tablet, Kindle, eBook reader or Smartphone.