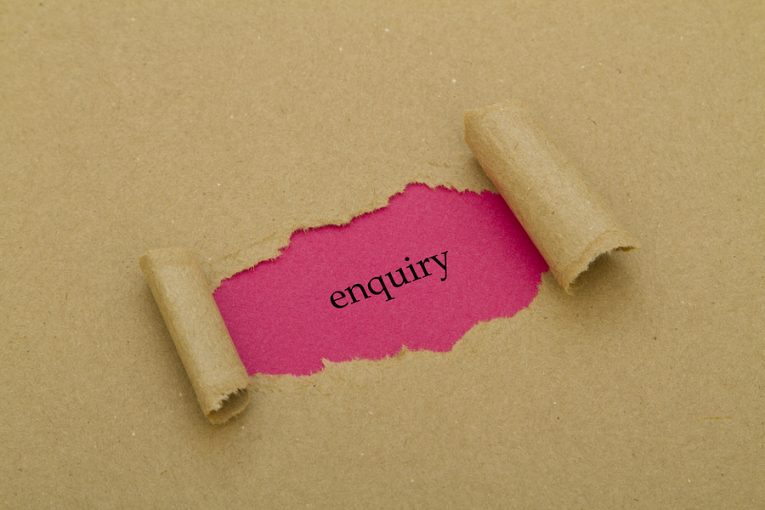 Change is difficult to accomplish is any environment. Once your business has been running for a period of time, its most-likely path is the path that it has been taking up until this point. It is hard to move in a new direction because so many people within the organization are comfortable doing the same things over and over again. It is with this challenge in mind that the Appreciative Inquiry model was developed.

One of the problems with trying to affect change in a business is the fact that many of the people within the organization will not be incentivized to change in a meaningful way. Unless they have ‘something to gain’ from the change, it is likely that people will keep doing what they have been doing.

Instead of trying to motivate people by finding a way to add incentives, the Appreciate Inquiry model instead motivates people by allowing them to imagine what could be and including them in the design of a desired future state. When everyone involved can see the vision that has been created, it will not be necessary to provide incentives as they will be naturally motivated to make that vision a reality. 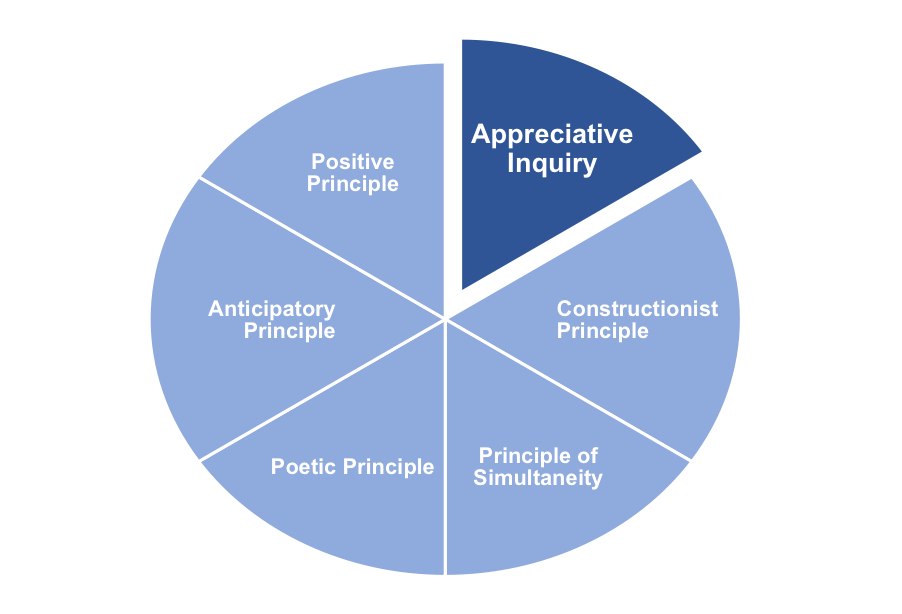 There are five principles which make up the Appreciative Inquiry model. Each of those five is highlighted below.

This first principle of the model states that people will do what they believe to be true. In other words, people have the ability to create the reality in which they wish to exist. Everyone plays a role in the construction of the organization in which they work, through the way they interact with others on a daily basis. If the relationships which exist in the organization foster creativity and positive thinking, those traits will be displayed in the behavior of the organization as a whole.

Moving to the next principle, this point highlights the notion that people are constantly creating the story of an organization through the stories they tell. Stories are more than just collections of words in this case – they are important expressions which bring to light specific sentiments and emotions.

For many people, this will be one of the most interesting, and most impactful, parts of the entire model. This principle notes that it is likely that what we do today is being guided by the image of the future that we have developed for ourselves. It is common for humans to look ‘down the road’, and what we see down the road commonly shapes the activities that we engage in today. When people see positive outcomes in their future, they are likely to work aggressively toward making those outcomes reality. On the contrary, when they expect failure, it will be hard to remain motivated toward a future that is not desirable.

This last principle within the Appreciative Inquiry model states that positivity is essential to the progress of your organization. Positivity can not only help to foster things like creativity in the workplace, but it can also help to form strong bonds between people within an organization. Rather than having divisions of the business which are constantly at odds with one another, positivity can overcome differences to building lasting and trusting relationships.

The five principles listed above come together to form the basis for the Appreciative Inquiry model. However, there is another important aspect of this model which should be mentioned as well – the concept of focusing on favorable features and qualities rather than shortcomings. This is an extremely uncommon approach to business in the modern world, yet it may be one of the most effective things you can do to affect real change.

If you think about the meetings and discussions you have on a regular basis in your office, it is most likely that they are negative in nature. Frequently, the impetus for a meeting will be a negative event. Some problem will come up or be perceived, so a meeting will be called in order to look for a solution to the issue. While this might be necessary from time to time, always basing your decision making on solving problems is an inherently negative way to operation.

When you operate your organization in this manner, you are essentially just ‘putting out fires’ one after the next. There is never a chance to focus on the positive, productive elements of your business because you are simply chasing the problems all day long. The conversations you have are negative in nature, and that negativity quickly becomes the culture of the organization. Of course, negativity is rarely productive, so it would be wise to turn around this process as quickly as possible.

Instead of dealing always in the negative, organizations should strive to focus their efforts and attention on what is going right. What are you doing on a day to day basis which is going to help you make progress? How can those strengths be better leveraged to provide even more benefit? The biggest gains you can make in your business may actually come from focusing only on the things you already do right.

Appreciative Inquiry is an interesting model in large part due to its unique nature. This model gives business owners and managers a chance to think about their organization in a way that is different from the typical approach. Add the Appreciative Inquiry model to your way of thinking and you just may find that new opportunities open up in the near future.

Our Business Strategy eBooks will give you a good understanding of the appropriate business analysis techniques and terminology to help you to contribute to the strategic decision-making process. Download these free eBooks, checklists and templates for your PC, Mac, laptop, tablet, Kindle, eBook reader or Smartphone.