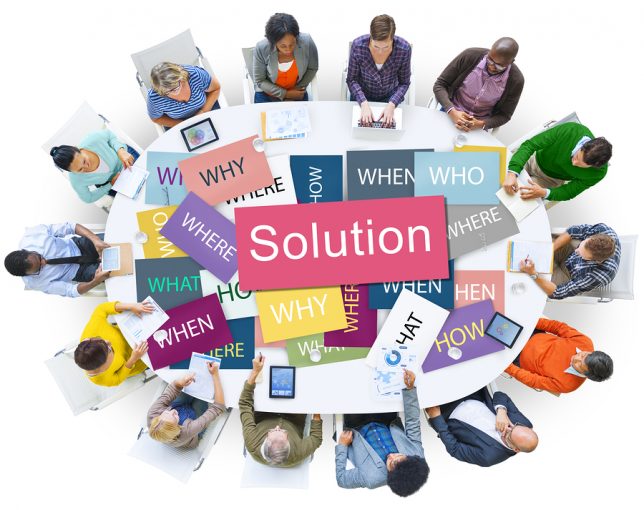 Solving problems on a superficial level can be a major mistake in business. You might think you are doing the right thing by solving a problem as soon as it pops up, but you may only be taking care of the top-level of a problem that runs much deeper. When that is the case, you will start to notice that this same problem comes up over and over again – likely costing you time and money in each instance. Rather than dealing with the same problems over and over again, and making your business less efficient in the process, you should consider using the ‘5 Why Analysis’ technique in order to get down to the heart of the issue at hand. 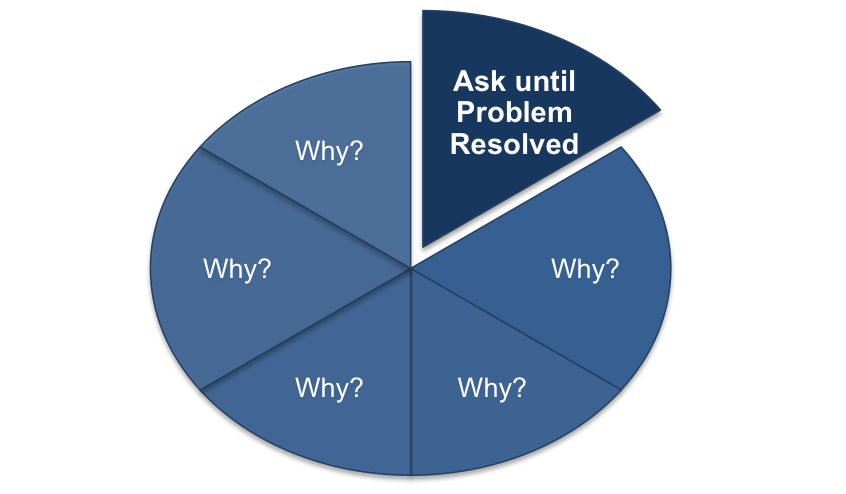 Unlike many other business methodologies, the five whys is a very loose methodology that relies on the experience and knowledge of the people involved in order to reach a satisfactory conclusion. Basically, using the 5 Why Analysis simply demands that you continue to ask ‘why?’ with regard to a problem until you get deep down to the root of the issue that you are facing. While the number five is used in the title of this problem solving technique, it will often be the case that more or less whys are needed before the problem in solved. For example, some issues will only need to have the ‘why’ question asked two or three times before reaching a satisfactory solution, while other problems will require that you go six, seven, or even eight layers deep.

This technique is often used in conjunction with the Drill Down Technique as part of a Root Cause Analysis.

To better explain this concept and how it can work in practical application, let’s walk through a basic example that could be relevant to a number of businesses. For this purpose, let’s assume that the problem at hand is that one specific product within a large product line is not selling well at market. This product is similar to other products which are selling nicely, but it is underperforming and is costing the company money at this point. So, at first blush, the immediate reaction might be to simply take the product off the market and cut losses. After all, if it isn’t selling and other similar products are selling nicely, there must be a problem with the product that makes it unattractive to consumers.

However, instead of just taking that decision for what it is, the ‘5 Why Analysis’ method could be applied to look for the root cause of the poor sales figures. Asking why the first time could result in the answer that this product is sold at a higher price point than the other similar products in the line. That higher price point could obviously be a deterrent to sales, so the natural follow up question would be why is this product being sold at a higher price? After consulting with another department in the business, you find that the product is made from more-expensive raw materials, resulting in the need for a higher price at market.

By now, you can see where this is going. The next question asks why the product is made using more expensive materials, at which time it is discovered that the purchasing contract for those materials is old and should have been renegotiated. So, with that information uncovered, the business can work on a new deal for the materials, lower the cost of the unit, lower the price of the unit at market, and likely sell more in the end. In this case, we only went through three levels of ‘whys’, and we were able to get down to the heart of the matter. It won’t always be that easy, but following the whys is usually going to lead to a solution at one point or another.

While this is a methodology that is rather free form in its application, there are some rules that you should have in place in order to make sure that this concept is used correctly in your business. One such rule is to make sure that the five whys concept is used company wide. If only some of the management team is using this method to uncover problems and track down solutions, it is going to be limited in its power. Just as with anything else in your business, the success or failure of this concept is largely going to come down to the consistency with which it is applied.

Another important rule for the use of the 5 Why Analysis is ensuring that it is processes and systems that are evaluated, rather than people. There are other mechanisms in place for evaluating the people within your organization (or, at least, there should be), so employees and others involved in the process should be left out of this matter. For now, you are looking only at how the system is performing, and how it may need to be improved.

One other point that should be made regarding the use of the 5 Why Analysis is that the answers to the question of why need to be as precise and specific as possible. Since this method of analysis does not include a specific framework for how it is to be completed, there is a temptation or tendency to be somewhat general when coming to conclusions. Of course, general conclusions are not going to get you very far in business. Instead, make sure that all answers are as specific as possible, in order to put yourself on track for a successful resolution of each problem that is addressed.

The 5 Why Analysis can seem rather basic on the surface – and that’s because it is. However, don’t mistake the simplicity of this system for weakness, as it is capable of helping you to get down to the heart of a great number of business problems that you may face. Put this methodology into practice within your business and expect to start solving the root cause of many problems in the very near future.

You can read more about the Five Whys in our free eBook ‘Problem Solving for Managers’. Download it now for your PC, Mac, laptop, tablet, Kindle, eBook reader or Smartphone.